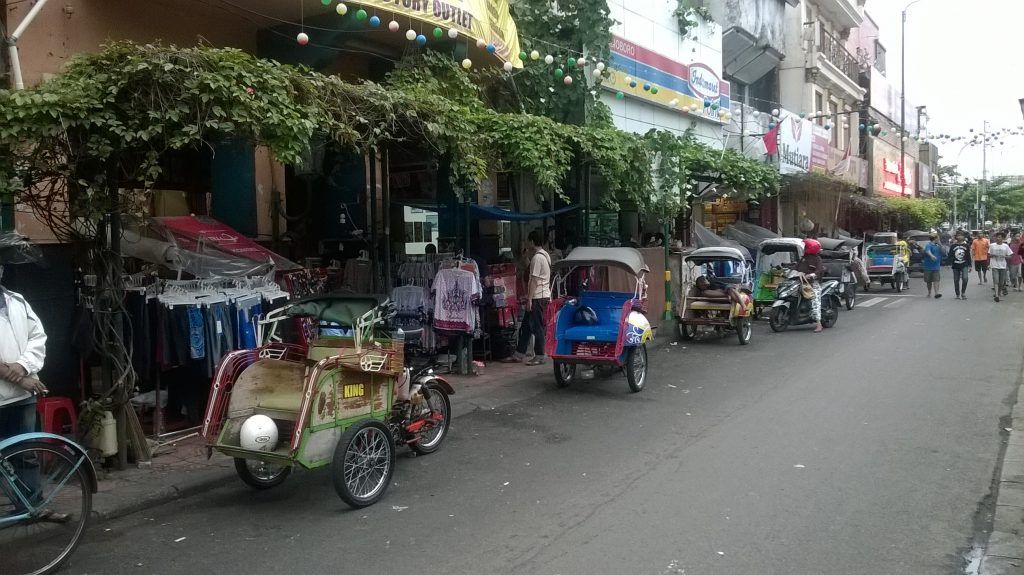 Early 2017, Sander de Vries of Kind of Green® was a keynote speaker at the International Conference for Sustainable Agriculture (ICOSA) in Yogyakarta, Indonesia. “Global Yield Gap Analysis to Map Options for Sustainable Intensification” was the title of his keynote. Now, March 2018, some new insights on that topic seemed worth penning down.

So what are yield gaps, really?

Yield gaps are the differences between yields currently harvested by farmers (actual yields) and the yields that those same farmers could have obtained under perfect crop management. They are an indicator of the quality of farmers’ crop management, but also of their decisions, priorities and available resources. Further, they are influenced by the occurrence of pests and diseases, natural disasters, etc. An excellent one-stop-shop for quantitative information on yield gaps is the Global Yield Gap Atlas. 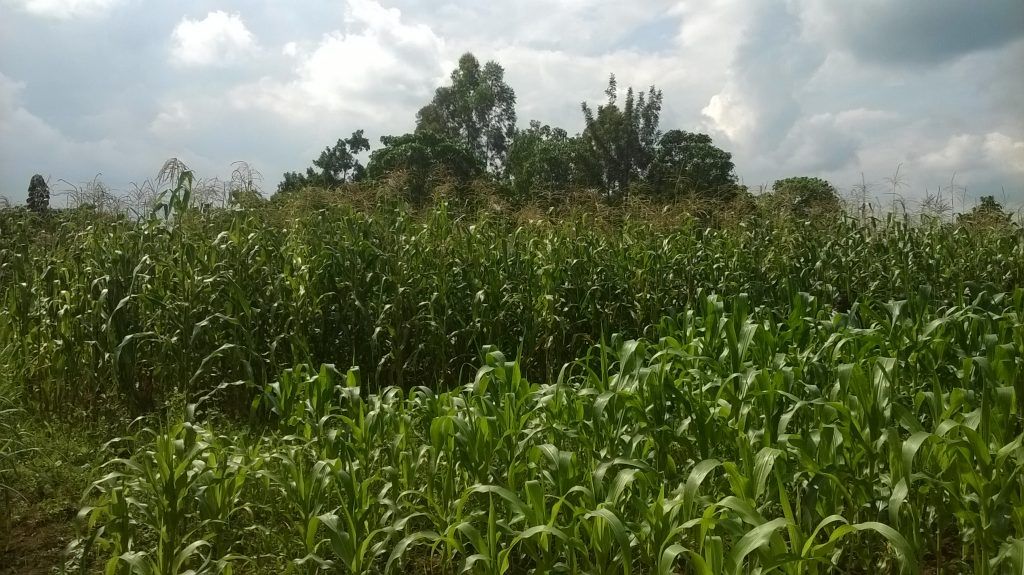 Maize trial in Kisumu county, West Kenya, 2017. Yield gaps may even vary within a field, depending on (for instance) nutrient management. If the crop in front does not catch up, it will likely to end up with a larger yield gap than the one in the back (Photo © Sander de Vries).

The great thing of having information sources such as the Global Yield Gap Atlas is that it becomes very easy to roughly compare, for instance, yield gaps in maize in Sub Saharan Africa with those in Europe. It appears that in Sub Saharan Africa, only about 30% of the yield potential is realized – the yield gap  is about 70%. In several European countries on the other hand, the yield gap is less than 20%. And, this may or may not come as a surprise, the Netherlands is the undisputed champion here, with an average maize yield gap below 10%.

What could agricultural policy makers do with this information? Should other countries (e.g. in Sub Saharan Africa) strive to become like the Netherlands, which is now turning to drones, satellites, big data and precision agriculture to close that last 10% of the yield gap? Dutch agriculture is very efficient, according to this 2017 story in National Geographic magazine (“How a tiny Country Feeds the World”), which praises its low impact per kilogram of agricultural product. However, critics have responded that spatially concentrated and intensive agricultural systems (as those in the Netherlands) may also have undesirable local consequences for the environment, such as a high environmental impact per hectare of land. Indeed, the Netherlands Assessment Agency concluded in its 2016 annual assessment of the Dutch environment that “due to its sheer magnitude, the Dutch agricultural sector puts the environment under pressure, despite efficient production methods and low environmental impact per kg product”.

Closing the yield gap almost completely, as has been done in the Netherlands, comes not without cost. Environment, biodiversity and landscapes are suffering. Improving crop yields on existing lands may be wise for regions with substantial yield gaps and food shortages (e.g. Sub Sharan Africa). However, where yield gaps are relatively small and food supply is abundant (e.g. Northwest Europe), producing food within environmentally and ecologically safe and acceptable boundaries should be prioritized. Here, an acceptable compromise between yield, resource use efficiency (RUE, e.g. the number of kilograms harvested per kg nitrogen applied) and local emissions of nutrients or crop protection agents is essential (Van Ittersum et al., 2016). With good agricultural management it is possible to combine high RUEs and high yields (De Wit, 1992). However, RUEs start to decrease and emissions (such as nitrate leaching) start to increase when yields approach their potential levels. 70-80% of potential yield often seems a yield level beyond which RUEs start to decrease and emissions start to increase more than linearly. Yield gaps thus indicate the scope to increase production on existing land, and they give an indication of how far land productivity is from yield levels which may become problematic in terms of resource use efficiency and rapidly increasing local emissions (Van Ittersum et al., 2017). Hence in the Netherlands, a maize yield gap of less than 10% where (silage) maize is the biggest crop in terms of harvested area is clearly indicative of a problematic situation.

So, as a rule-of-thumb, yield gaps should not be reduced below 20-30% – if we are committed to our environmental stewardship duty. In above example of Dutch silage maize, we have apparently passed this threshold already. Political measures to restore the balance would seem apt and might be on their way. For instance, political pressure to reduce maize cultivation on loess soils in the South of the Netherlands is mounting; new Dutch minister of agriculture Carola Schouten is currently investigating the possibilities for legal measures. At the same time however, the Dutch government is a big investor in agricultural innovation, among others to “improve yields and boost efficiency”. Based on above analysis, combining the latter two goals may be neither possible nor wise anymore in the Netherlands. Would the forthcoming technologies primarily be intended for export to and deployment in regions with large yield gaps and insufficient food security? The question is then how the often resource-constrained farmers in such regions will be able to afford these technologies… In any case, we hope that the Netherlands’ fragile agro-environment will not be used as a large scale testing ground for future technologies to ” improve yields and boost efficiency”.

This blog post solely reflects the opinion of Kind of Green® Consulting and does not in any way reflect views or opinions of the Global Yield Gap Atlas project or its contributors, nor is it in any way related to that project. 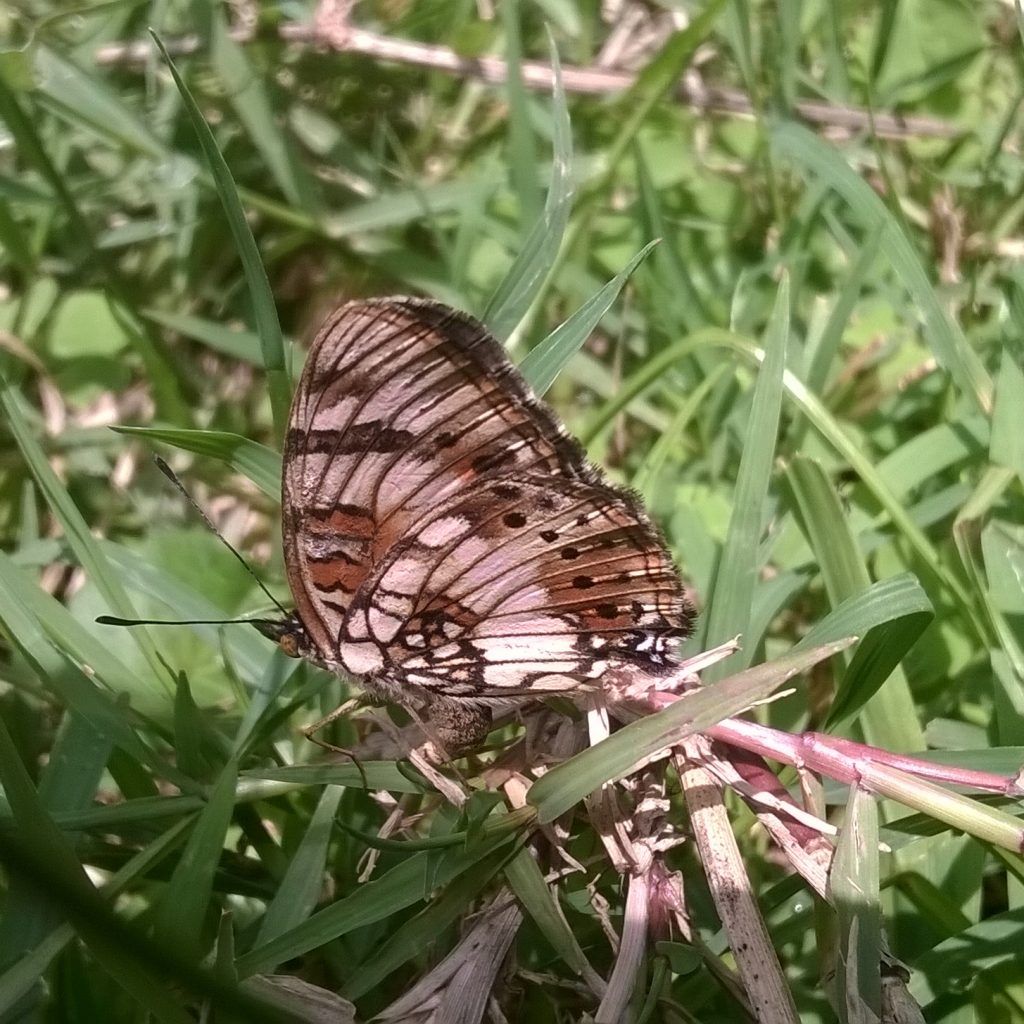 Butterfly in Kisumu County, West Kenya (Photo © Sander de Vries). The primary challenge in Kenya is to produce more food and reduce yield gaps, whereas in the Netherlands, where yield gaps are very small, it is to preserve biodiversity, landscape and environment. In both cases, the desirable result is a responsible balance between productivity and other values.