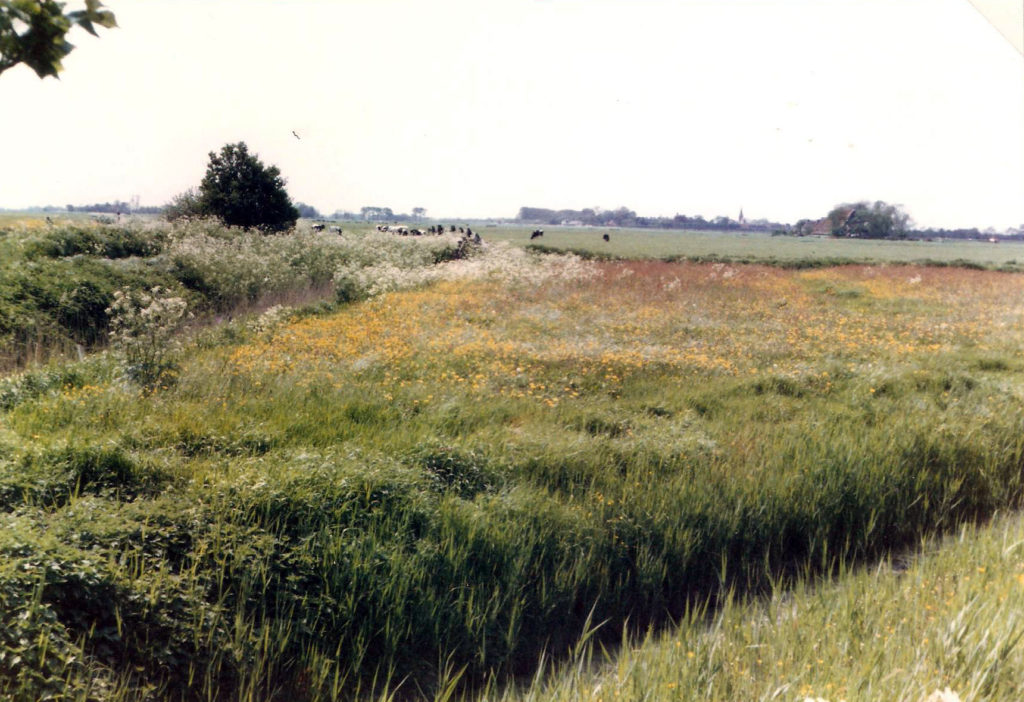 Today is 11 November, not only the name day of Saint Martin, but also the birthday of Kurt Vonnegut Jr., I just learned, an American writer who lived from 1922 to 2007. Birthdays of famous persons are always a good reason for some social media attention and so it happened that I just saw this great Vonnegut quote: “Teaching, may I say, is the noblest profession of all in a democracy.”

An applicable quote to start this blog with. My appreciation of it might stem from academia, but credits could also be given to my teachers in primary and secondary school. In the 1980s, a lot of time in the school benches was spent memorizing foreign vocabulary, translating texts and making math assignments. Not necessarily exciting, but pretty effective. However, there were also inspiring projects, even by today’s standards. Why not spotlight one of those – isn’t inspiring students the highest good in education?

The old school project that I’m aiming at has to do with biodiversity, a word that receives lots of attention at the moment. The rapid global loss of it is worrying people everywhere, and the situation is no different in the Netherlands. We only have some 15% of the original species richness left here. Half of those losses can be attributed to agriculture, particularly to the growing land area that it has claimed in the course of history. Also, the dreaded ‘N-word’, that has kept our country hostage for the past couple of months, plays a role again. With the enormous volumes of protein-rich soybeans that we import for animal feed, enormous volumes of nitrogen are, inevitably, also imported. Nitrogen which eventually, via animal manure, ends up in the environment, enriching our soils. Plants that thrive on poor soils by nature are then easily displaced by plants that just love lots of nutrients. Nettles replace rare orchids, for instance. Similarly, many Dutch pastures and meadows look like billiard sheets, with very few herbs and flowers, but all the more uniform rygrass, much to the disadvantage of insects and birds.

Problems, problems… wouldn’t a management guru say that we should think in solutions, not in problems? Well, that’s exactly what nature’s doing. Those seemingly fragile little flowers and herbs, that disappear when we bombard them with nutrients, just as easily come back when we stop doing that (although it may take some time). We can help them a bit by seeding (native) herb and legume rich grass mixtures. Not only attractive for birds and insects, but also for farmers. Herb-rich grasslands produce 10% higher dry matter yields during dry spells (link in Dutch). Also, they bring savings in fiber-rich animal feed, animal medication, mineral fertilizers and feed supplements. And, for the grand finale, they can fix nitrogen from the air, so that, eventually we wouldn’t need to import so much of that anymore… 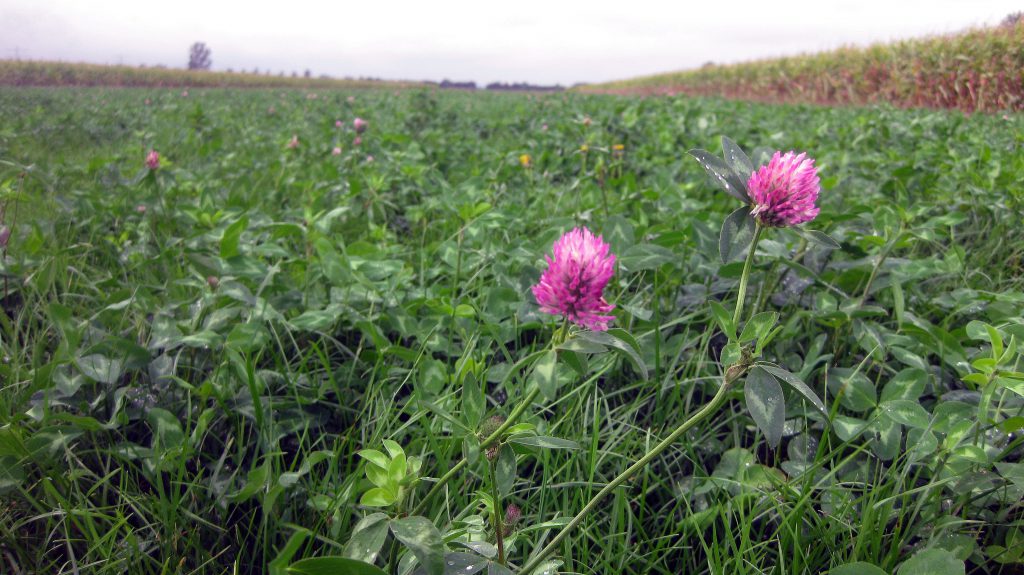 Red clover. This species can fix nitrogen from the air, so we need less concentrate feed and mineral fertilizers (photo: Sander de Vries).

Obviously, herb-rich grassland is ‘hot’ at the moment. How much fun is it then to have a look at a school assignment on herb-rich grassland from… 1986? In the second grade of high school, our biology teacher told everyone to select a suitable parcel of natural land. The idea was that each would study his or her parcel over the course of several months, carefully recording and identifying all plant and animal species that could be found and describing them in a paper.

The area of my choice was a small meadow, located between Leeuwarden, capital of Friesland province, and the little village of Marssum. Why? Because even a layman could see that it was rife with species, so it would be relatively easy to ‘score’ the minimum required number. Chances were further improved by the fact that the pasture was enclosed by three ditches – with additional species like duck and moorhen as a bonus. 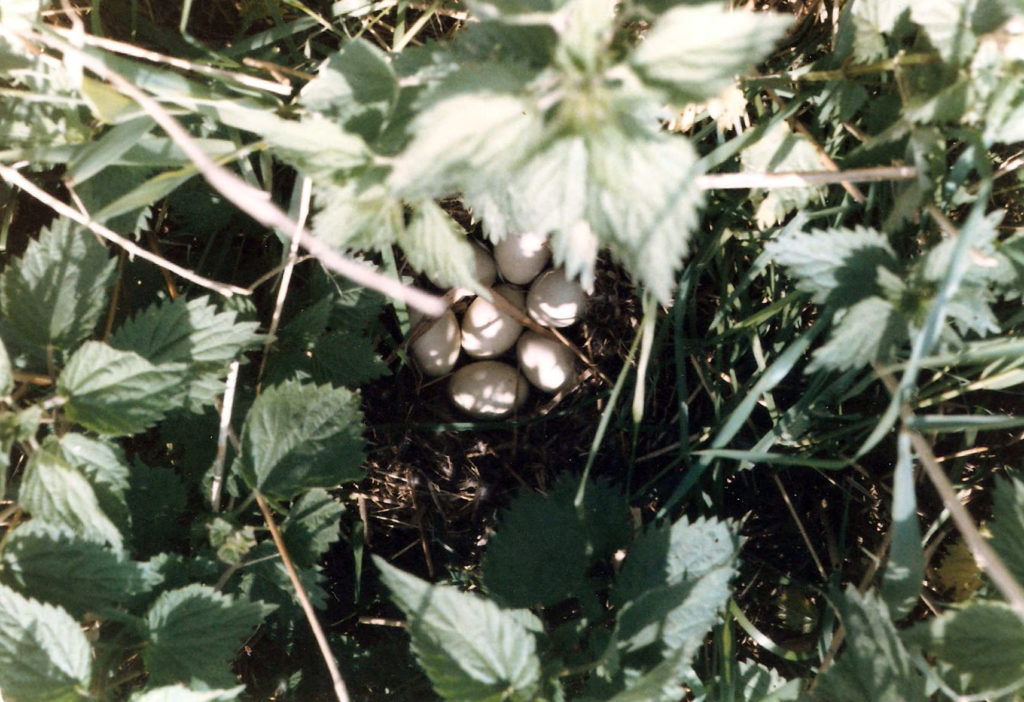 The proximity of three ditches made it easy to score additional species like wild duck (including nest) and moorhen (photo: Sander de Vries, 1986).

So said, so done. During the following months, I frequented my biotope – a nice and legitimate interruption from making homework. It was a matter of keeping quiet for some time, not to scare off any shy animals such as predator birds, and carefully taking a specimen home of any newly found plant species. Those would be dried at home, between some newspapers, shelves and a brick on top. Of course, over time, when the easy species had already been collected, it became more challenging to capture new species. Also, it was interesting to note that the species composition of the grassland changed over time.  Eventually, the paper described 15 different animals and 25 different plant species. 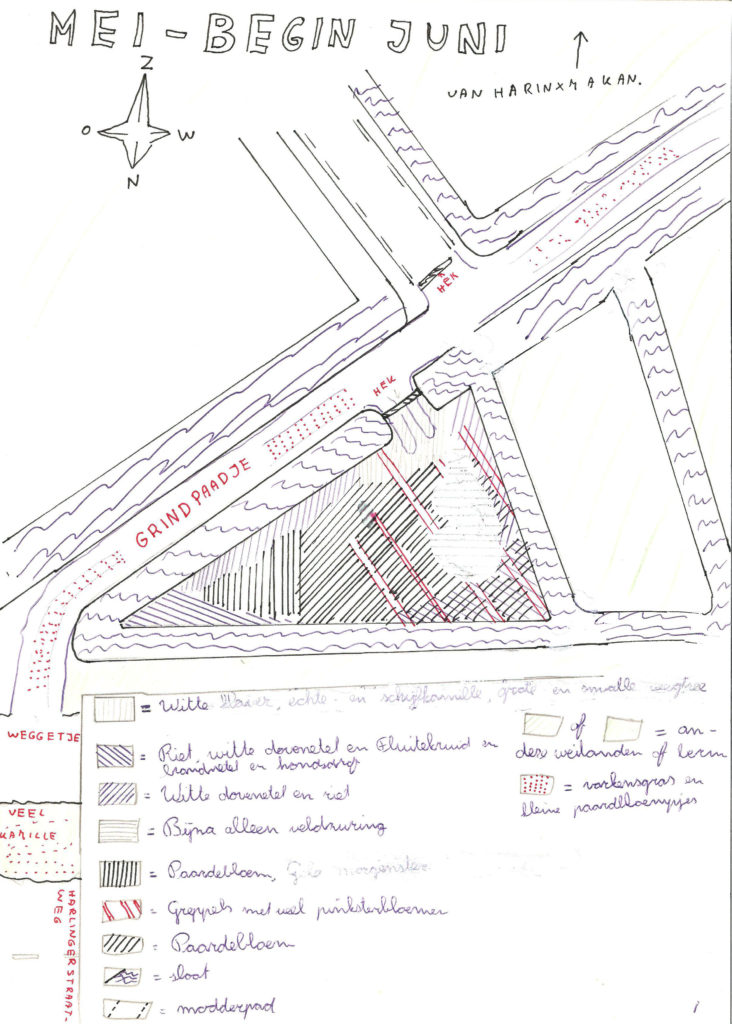 Wouldn’t an assignment like this still be extremely topical today? There are multiple benefits. Students will get more familiar with biodiversity in their own surroundings and (hopefully) start to appreciate it. An unremarkable little plant such as common knotgrass, for instance, would probably never have attracted my attention without that school assignment. However, when I saw that little plant growing somewhere during the past 33 years, I always thought “Hey, common knotweed!”  and it reminded me of that little meadow near Leeuwarden (I’m afraid that it is covered with tarmac now). Furthermore, students are more or less forced to leave their game consoles, start moving and go outside. For the overburdened and underbudgeted teachers in the Netherlands, it seems a form of education that requires relatively little effort, but keeps the students busy and teaches them to work independently. Finally, perhaps the results could be used for long-term monitoring of biodiversity, a kind of ‘citizen science’! 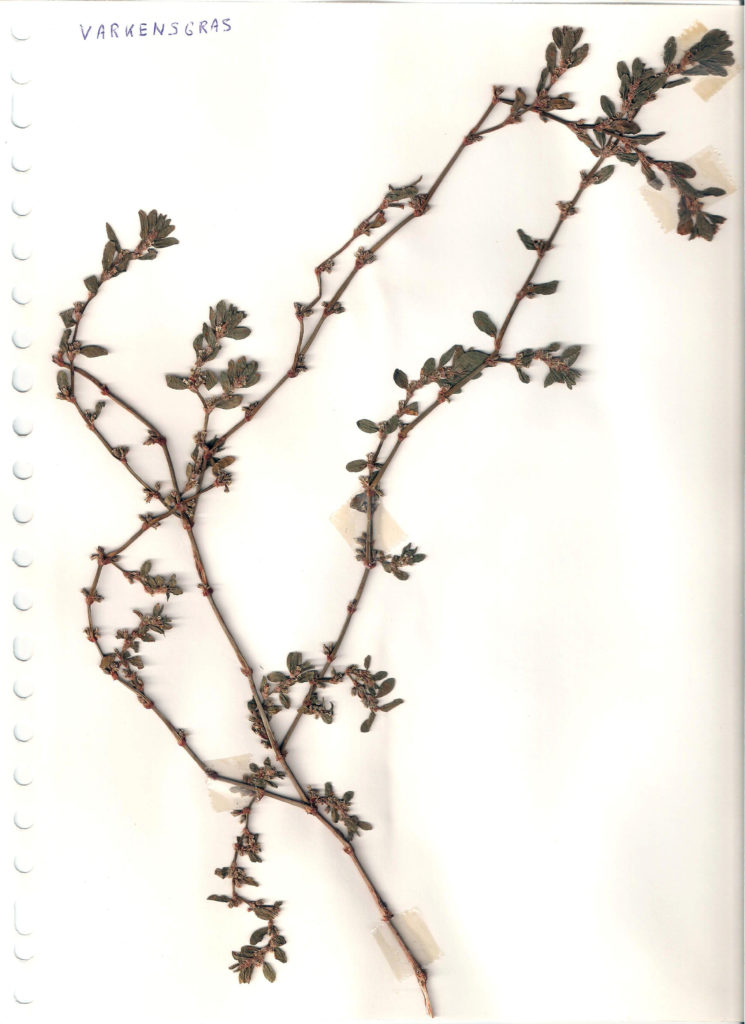